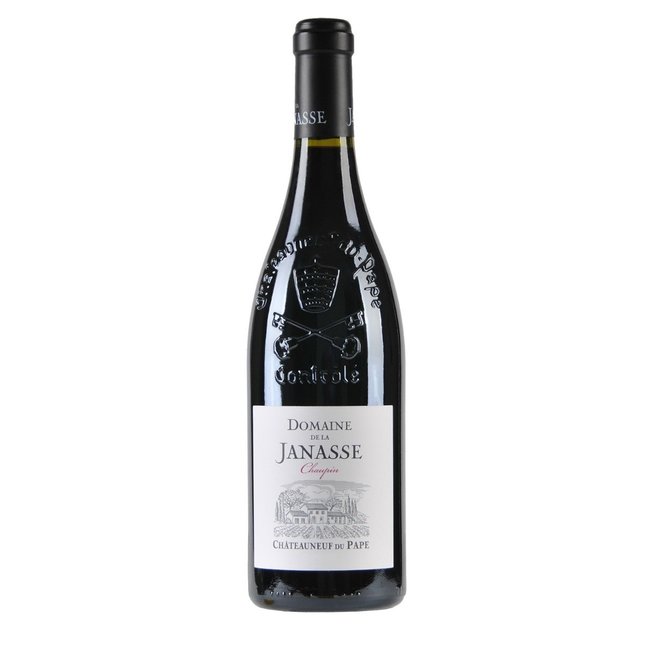 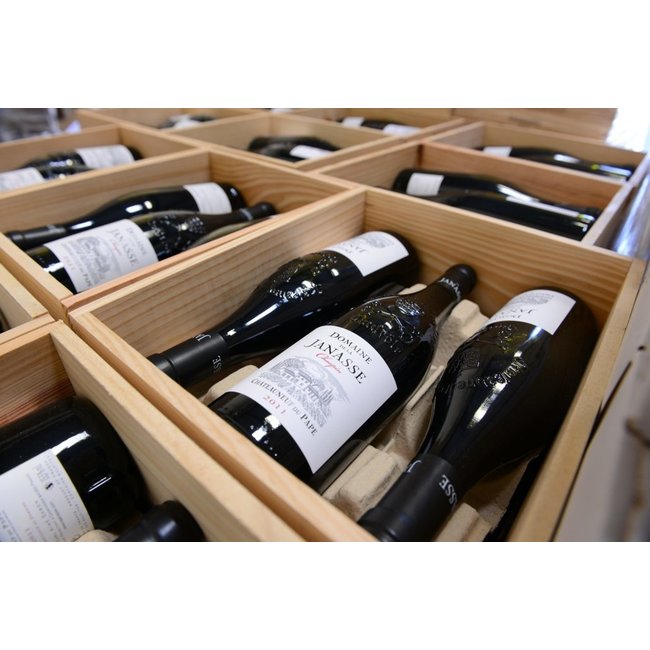 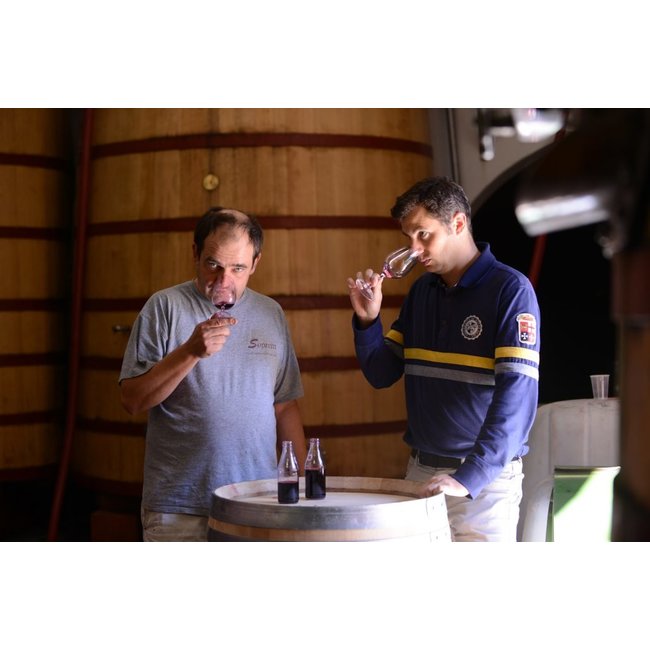 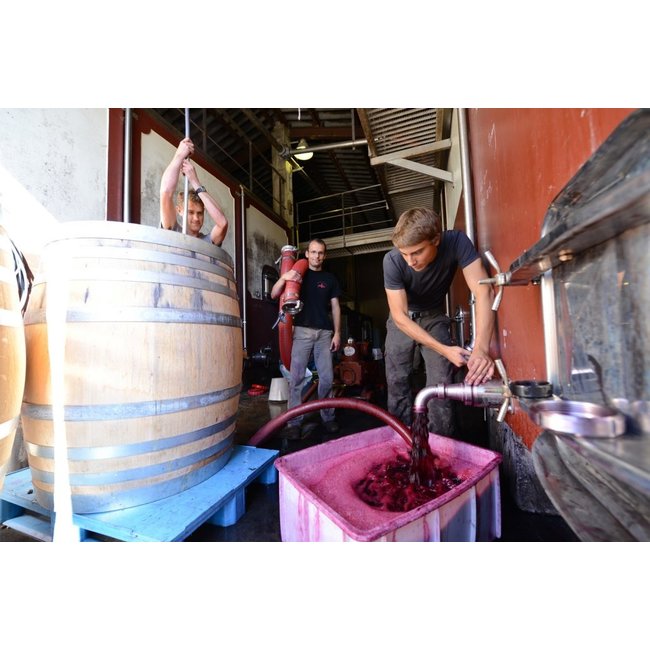 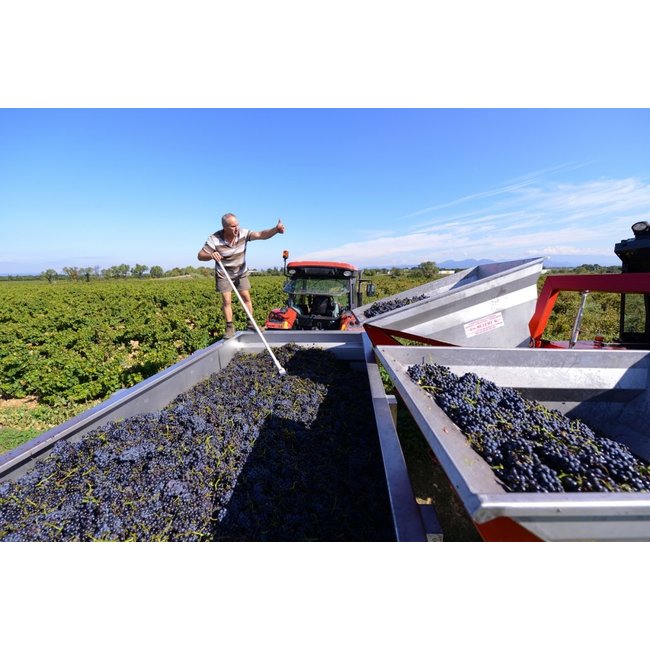 A special 100% Grenache cuvée from the Chaupin vineyard. Unfiltered, originally made for the American market, but due to great success also available in Europe and at GeoVino. An incomparable wine with a striking freshness. Read more..

Domaine de la Janasse, named after the family farm located in Courthézon, in "La Janasse". Aimé was very aware of the potential of this beautiful region and he did not hesitate to expand the area with new plots. Where La Janasse used to start with 15 ha, it now covers 90 ha. Christophe Sabon has been helping his father since 1991 and 10 years later his sister Isabelle also joined the team. Due to its fragmented structure (more than sixty plots), Domaine de La Janasse consists of a mosaic of terroirs. This diffusion of terroirs creates great complexity in the assemblages and also yields special cuvées such as Chaupin, Les Garrigues, Terre d'Argile and Terre de Bussières. Domaine de La Janasse became one of the gems of Châteauneuf-du-Pape in just a few years.

Chaupin has become a cult wine among Grenache aficionados: pure Grenache doesn't get any better than this in Châteauneuf-du-Pape!

The vines are on a very difficult surface of gravel, sand and large boulders in the beautiful terroir within the 'lieu-dit' Chapoin and 'La Janasse', located in a cooler zone with late ripening of the grapes, which preserves freshness and acidity. stay.

Due to the difficult soil, the grapes can only be picked manually.

This Châteauneuf-du-Pape is made entirely according to the classical method. Aging 30% in new oak barrels, 70% in foeders. The wine first undergoes a skin soak for 22 days. 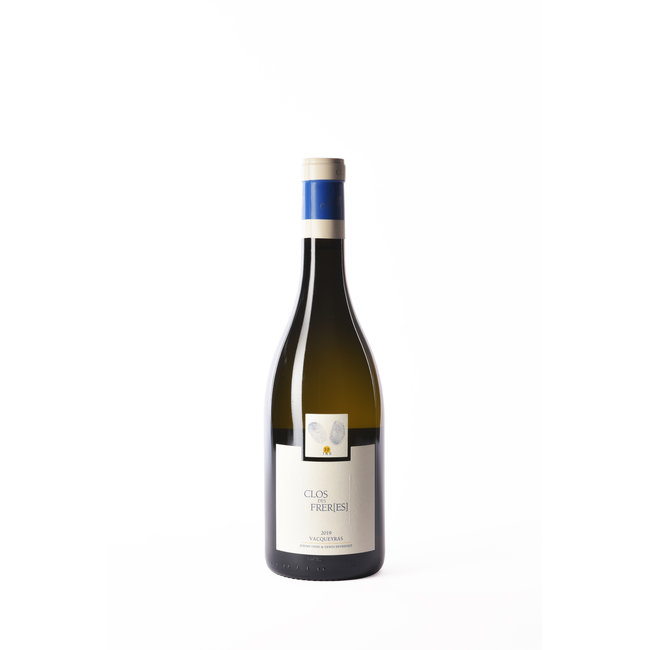 The white Clos des Frères has a particularly low yield of about 25hl/ha. Everyt..
€21,50

A special 100% Grenache cuvée from the Chaupin vineyard. Unfiltered, originally made for the Americ..