Spring in your glass, with that straw yellow color where green tones shine throu..
€15,50 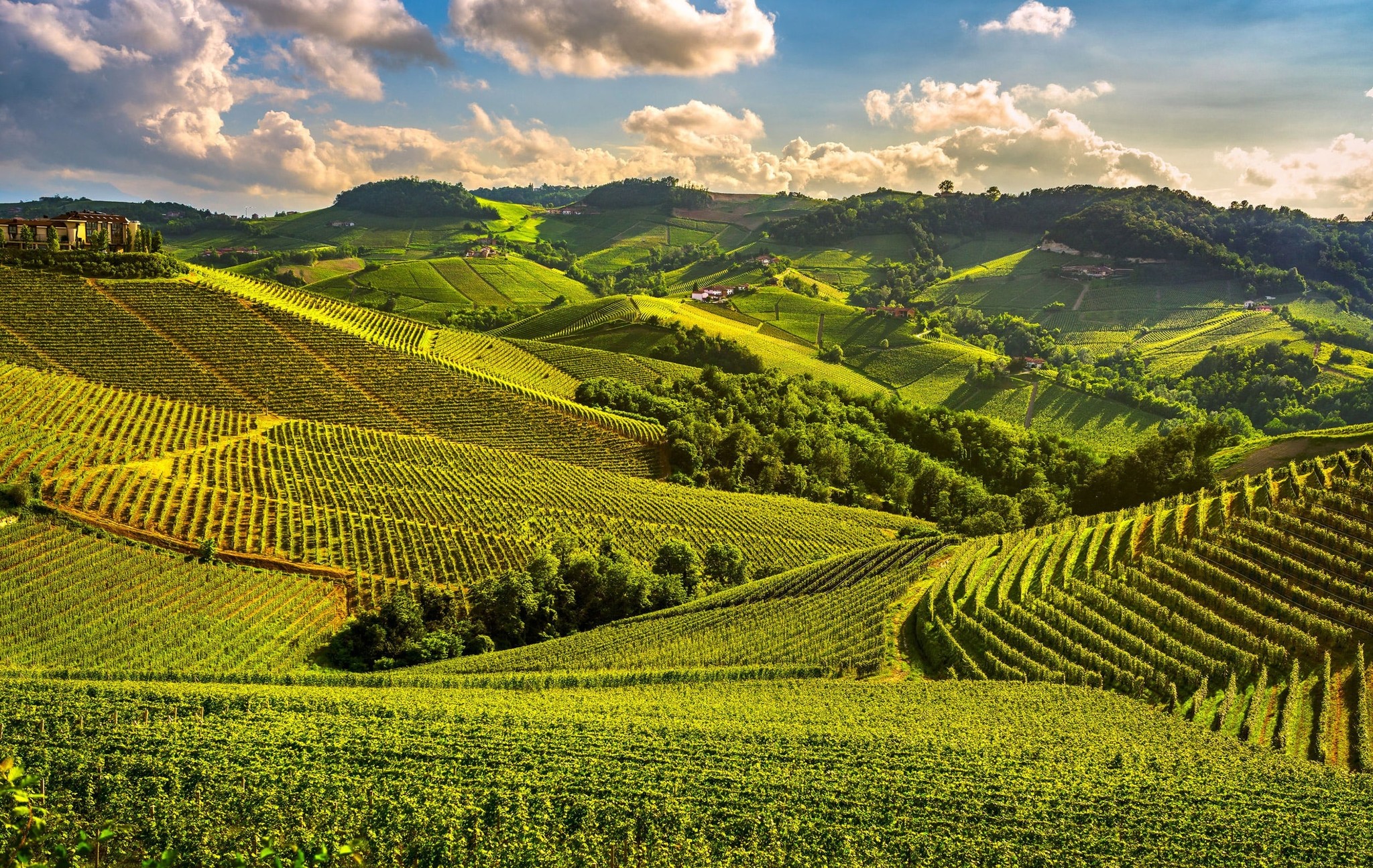 Nebbiolo grapes have been cultivated in the Langhe for centuries and the first documents attesting to the presence of this grape in the Piedmont region go back to 1200. It is very likely that the vine was born here in the Langhe and spread over time and subsequently produced excellent results, especially in Piemonte and Valtellina, known as Chiavennasca. The simplest and purest product made from Nebbiolo grapes is the Langhe Nebbiolo DOC, a dry or sweet red wine, robust or lively, perfect for any meal, from aperitif to cheese.

From pure Nebbiolo grapes and after maturing for at least two years in oak or chestnut barrels, the Barbaresco DOCG is created, one of the great Italian red wines along with the Barolo and Brunello di Montalcino. The first bottle of wine to bear the name Barbaresco on the label dates back to 1870. But the real story of the Barbaresco begins in 1894, when the director of the school of oenology in Alba, Domizio Cavazza, bought the castle and vineyards of Barbaresco. He founded the wine cellars of Barbaresco, created a noble wine and decided that the wine does not have to envy his older brother. The wine is red and orange reflective with an elegant and spicy taste and easily accompanies cured meats and local cheeses.

Barolo, the wine of kings and king of wines

The most popular wine of the district is certainly the Barolo DOCG, obtained by the preparation of Nebbiolo grapes and a maturation of at least three years, of which two years in oak or chestnut barrels. The term 'riserva' marks that the wine has been aged for at least five years. The wine is red with orange reflections due to the aging in the wood, is warm and persistent on the palate and elegantly accompanies the robust (main) dishes of the Langhe.

The reputation of this wine is linked to an important name of the 19th century: the Falletti family who owned several properties in Barolo and after the death of the Marquis, passed the land to his wife Julia Colbert, who hired Louis Oudart, an excellent French oenologist, who aligned the Barolo with the great French wines of the time, dry and firm. The fame of the Barolo grew so much intrigued by King Carlo Alberto of Savoy that the Marchioness then sent 325 wagons each with a barrel of Barolo to Turin, one for each day of the year except for the 40-day fast. The love of Langa's wine has led the king to acquire land in the territory to produce the prized wine. At the same time, Count Camillo Benso di Cavour experienced the wine-growing method of oenologist Oudart. The wine we know today originated in the 19th century, although we had to wait until the second half of the last century for a quality product that could target large quantities.

The white wines of the Langhe

Among the solid white wines you can taste in the area, we recommend the Langhe Arneis DOC, cousin of the more famous Roero Arneis DOCG. The Arneis grape originated near Roero and evidence of the first wine obtained from it dates back to the fifteenth century. In the eighteenth century, the whole Roero produces the Arneis, but as a sweet wine, according to the taste of the time. The Arneis wine as we know it today is dry, fresh and delicate and has only been around for a few decades to meet a new requirement of the wine market.

From Pinot Noir and Chardonnay Langhe we get a good sparkling wine. The vinification method is classic with a second (re) fermentation in the bottle and the wine bears the name Alta Langa DOCG.