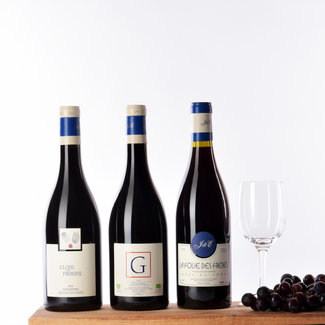 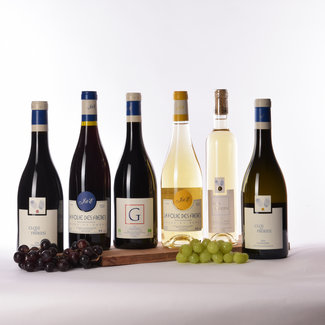 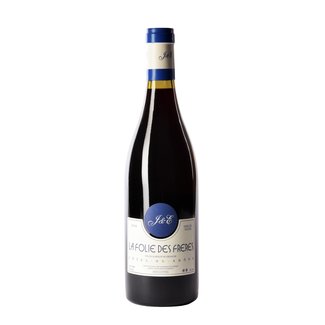 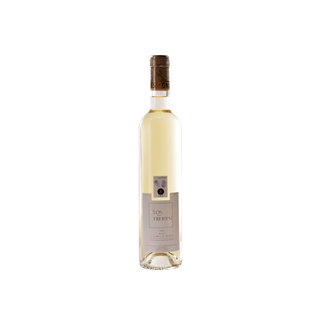 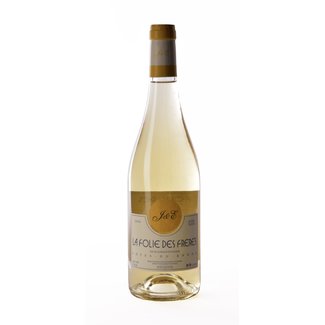 As every good Viognier, a very aromatic nose can also be found here, which immed..
€13,30 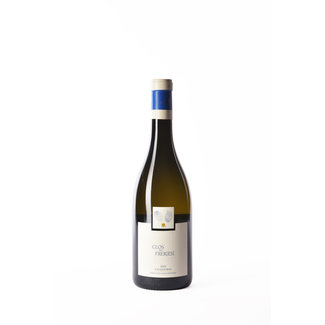 The white Clos des Frères has a particularly low yield of about 25hl/ha. Everyt..
€22,80 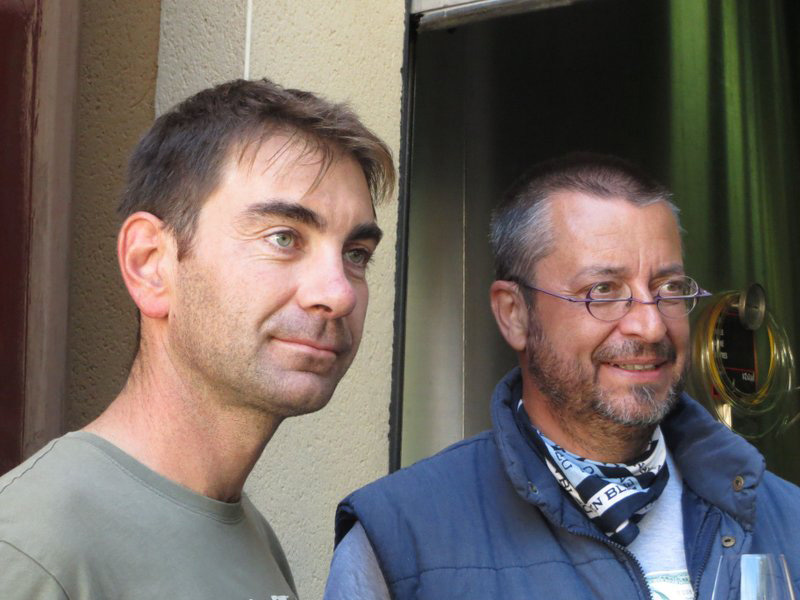 Clos des Frér[es] is a small wine estate, founded in 1999 from the wine passion of Erwin Devriendt and Françoise Lefevere. In their vinological quest and adventure, they have made a close friendship with a young winegrower Jérémy Onde.

The name of Clos des Frér[es] symbolizes the close brotherhood between two cultures (French & Flemish) and their people, where 'clos' refers to the enclosed new planted vineyard at Sarrians (= one of the two municipalities of the AOC Vacqueyras) . The letters Fr & Er make it clear who in fact is crazy enough to realize this adventure in their spare time.

From dream to reality

Christian Martin, a humble winegrower in Montlouis (Loire), was the unconscious cause in the summer of 1989 of the beginnings of a wine interest, which eventually resulted in an unsurpassed passion for wine from Françoise & Erwin.

After years of playing an educational role (vinology teacher, speaker on different wine topics, etc) inside and outside the official wine guild event, a new challenge slowly but surely emerged. A new dream began to develop. Instead of constantly discussing, commenting and describing wines, the urge to experience the other side (= the real side) of the wine process became very strong. Being able to make your own wine became the new goal.

After crossing almost all of France on a wine-growing level, every wine adventure ended with a stay in the Southern Rhône. De Ventoux exerted a magical impression on Erwin & Françoise. By chance (after five years of prospecting), Erwin & Françoise were able to buy a piece of “terroir” in the Vacqueyras appellation. This happened in 1998-1999, exactly 10 years after the first visit to the Loire.

In the meantime, a strategy was developed and partners were sought. In the meantime Erwin had consciously exchanged his OCMW chairmanship and active politics for the extensive assignment as deputy manager/general director of Solidarity for the Family; a socio-profit company that currently employs 5520 employees in Flanders and Brussels. It was therefore impossible to devote oneself full-time to the exploitation of the piece of unplanted appellation land. In 2000, a collaboration was started with a young local winegrower, who initially did not want to continue the wine estate of his father.

However, Jeremy Onde was convinced of the enormous possibilities of his terroir and decided to orientate himself towards viticulture, or completely different from his father. Jeremy Onde didn't want to be a grape seller, but he wanted to be a winegrower. The mutual visions clicked immediately, and it was decided together to transform the recently purchased 1.5ha terroir for more than one hectare into a new vineyard. The first new planting was done in 2001 (0.5ha) and we are currently waiting for the approval of the INAO to continue working on the remaining area. Meanwhile, on Jeremy Onde's land, a new ambition was nurtured to produce a joint new Vacqueyras on 3.5ha via a totally manual process and via an integrated biological approach. The 2001 millésime thus became the first creation of the collaboration between Erwin & Jeremy.

Despite the fact that neither Jeremy nor Erwin had the necessary vinification installation, the vinification had to take place elsewhere. They found an ideal solution with Alain Jaume of Domaine Grand Veneur in Châteauneuf-du-Pape. The wine was vinified and aged in the best conditions and with technical perfection. Some of the grapes (syrah) were even kept in old wooden casks for 12 months.

On Friday, October 19, 2002, the first wine of Erwin, Françoise & Jeremy was bottled in Châteauneuf-du-Pape and under the auspices of Domaine les Ondines. A month later, on November 21, 2002, he was introduced to the outside world in Ghent. This special event is not only a major moment for Erwin & Françoise, but also marks the start of a new ambition.

Meanwhile, the wines of Jérémy and of Erwin & Françoise have won several awards and are often featured in the specialized press. Clos des Frères and Folie des Frères have become a fixture in various restaurants in Flanders. The dream of making your own wine has now been 100% realized. The results are impressive. The millésime 2020 will therefore be their 20th Clos des Frères.

"Making wine is a dream for many. Especially when you see wine as a symbiosis of human art, an Epicurean attitude to life and a complete involvement with nature. When you can finally appreciate your own result in the glass with friends, everything takes on a new dimension. surrealistic effect. The beauty of viticulture gets an idyllic side in this way. But everything also has a downside. Making wine is hard labor and viticulture demands a lot from a person. Nature is sometimes mercilessly hard.

The idyllic side is sometimes hard to find. Especially when you have the ambition to make top wines and set the quality bar very high, the challenge becomes more and more difficult. Add to this the expressed will to treat nature with respect in order to produce organic wines, then you know that you are not choosing the easiest way. Françoise and myself embarked on such a wine adventure 20 years ago, unaware of what was coming our way. Through trial and error, but especially through the unconditional friendship with Jérémy Onde, we have succeeded in setting up something that can be seen, but above all that can be tasted.

Clos des Frér[es] and Domaines les Ondines are now part of the Vacqueyras appellation. Although it is extremely important to take care of the sanitary condition of the vineyards all year round, the harvest and the vinification moment remain the most crucial period of the year. At that time of year, a full harvest can yield great results, but it can also be a total waste of time. Nature is inexorable in that regard. The stress of September and October in the southern Rhone is enormous."