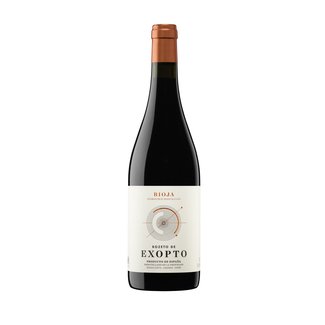 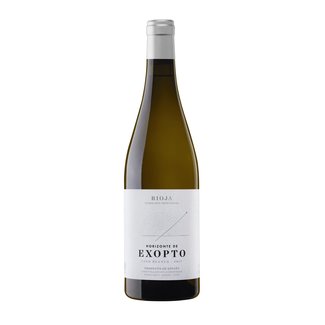 Bodegas Exopto was founded in 2003 by Tom Puyaubert, with the aim to recover old vineyards on the slopes of the Sierra Cantabria and Monte Yerga mountains. His aim is to express the multitude of terroirs that make up the Rioja DOCa using sustainable and environmentally friendly viticulture. His objective is to produce honest and authentic wines with enthusiasm and a return to artisanal vineyard work.

Horizonte de Exopto was the first wine produced by Bodgeas Exopto and it immediately hit the wine world like a bomb : +90 ratings from just about every wine critic in the world, winner of the prestigious Bacchus de Oro (only two wines from Rioja have ever received this honor ). An important reason for this is of course that winemaker Tom mainly does this as a hobby, so quality takes precedence over profit and quantity is not important. Only the best grapes are eligible for the production of the wines. The disadvantage is that the wine is only available to a limited extent.

The planting of the white grape varieties is special. In the past, it was not at all abnormal to plant white grape varieties in a vineyard plot with blue grapes. The white grape varieties grew faster and ripened more quickly, and they were able to "compensate" for the low yields of the poorest soils. The white varieties were also more susceptible to disease and could thus warn the winemaker to intervene in the approach or treatment of the blue grapes. Viura, Malvasía and Garnacha Blanca were planted at random - therefore it is difficult to determine exactly what percentage of each grape is in the wine, as the vines are scattered throughout the vineyard of red grapes.

Bodegas Exopto cultivates around 22 hectares (54 acres) of vineyards. These are spread across more than 30 different plots.

They have 12 hectares (29.6 acres) of vines around the villages of Ábalos, San Vicente de la Sonsierra and Baños de Ebro. Here the climate conditions are influenced by the Atlantic Ocean. The vast majority of these vines are over 60 years old and grow in a mix of limestone and clay soils. This is their key area for growing Tempranillo, Malvasía and Viura vines.

They also have 10 hectares (24.7 acres) of old vines around the villages of Alfaro and Aldeanueva de Ebro where the climate is influenced more by the Mediterranean Sea. The land here is composed of sandy soils with river rocks. This creates ideal conditions for growing Garnacha and Graciano grapes from vines traditionally pruned as bush vines. Although, being French, the winemaker uses the term ‘gobelet’ for these.